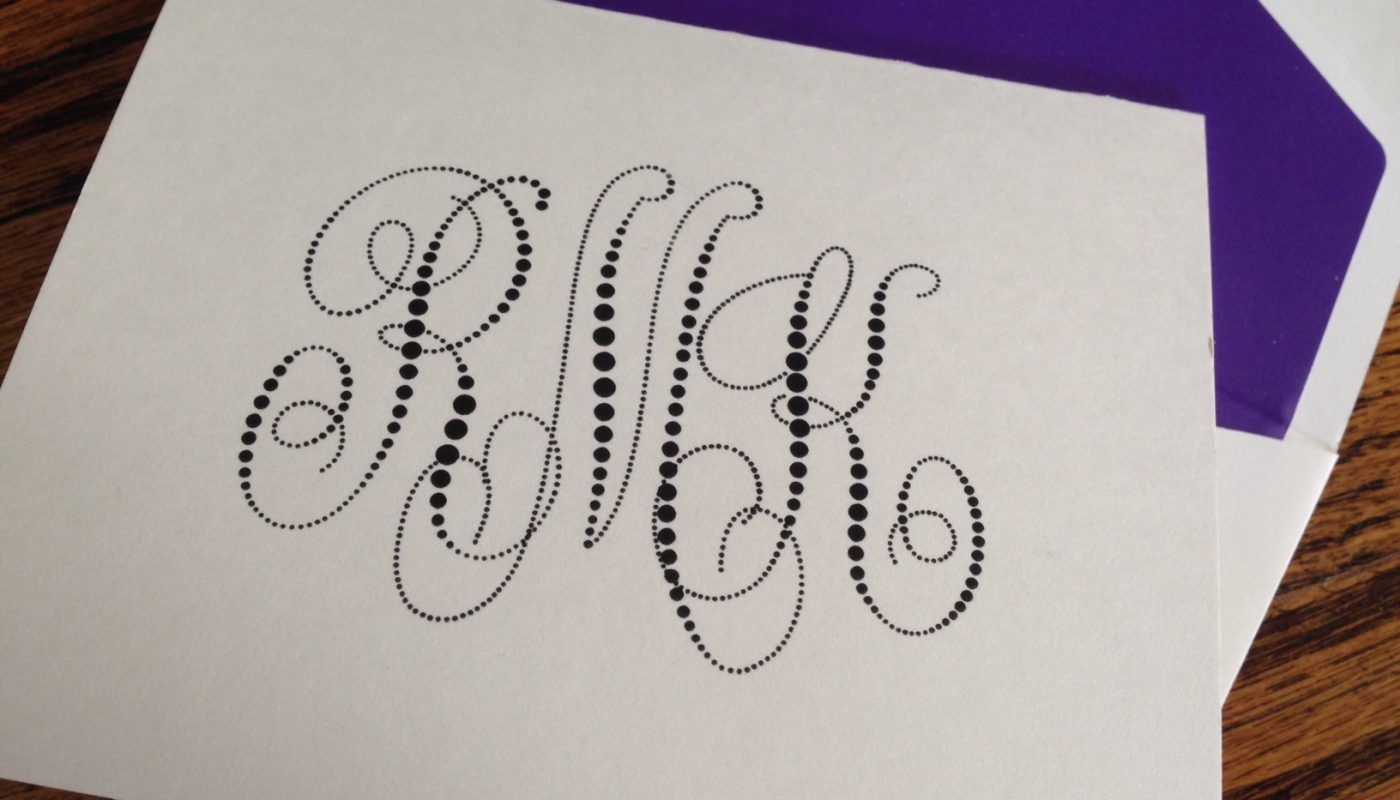 If you’re new to the concept of monogramming, you may have questions about the order of letters. We’re here to help! It’s really quite simple. The rule you need to remember is that in a three-letter monogram, the last initial is the most important one. It takes center stage.

Three-letter monogram for one person

A monogram can have any number of letters, but the most common one we see is the three-letter style. As mentioned above, the last initial takes the center position, and is often slightly larger than the two letters that flank it.

Below, we see our Classic Monogram style on the Delavan Monogram Note for Danielle B. Hanke. Since her last name begins with an H, it goes in the center spot.

Two-letter monogram for one person

Some people do not have a middle initial or prefer not to use theirs. No problem! The rules are flexible. You can use a two-letter monogram.

A Couple’s or Marriage Monogram

For a couple where the spouses share one last name, again, the last name takes center stage. The wife’s first name initial goes on the left. The husband’s first name initial goes on the right. For a same sex couple, they can choose to order their first initials alphabetically, or however they want to organize them, with the middle initial being their shared last name, according to this article in the New York Times.

What happens when spouses don’t share a last name? Then they can move to a four-letter version, with the two center initials being the last name initials…or simply use a duogram of their last-name initials.

Below is Embossed Graphics’ Santana Monogram Note for Lena and Kyle Morris.

Monograms are a lovely and powerful expression of your identity. And if you find a lettering style you love, it can also be a kind of signature that reflects your personality. Embossed Graphics offers dozens of exclusive monogram lettering styles that can serve this purpose beautifully.

View all posts by Laurie Casey → 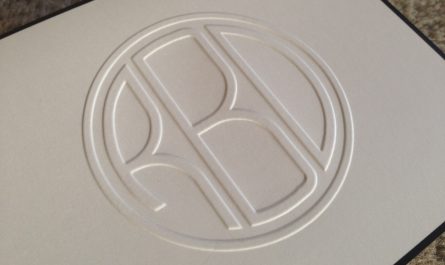 The Meaning of the Monogram

A Love Letter to Lettering Styles, our Retailers and our Customers